In collaboration with a private investigator in California, we took on a pro bono case to conduct an investigation and locate a witness for a prison inmate who is serving 19 years for an aggravated rape charge which he claims did not happen. The accuser was a Japanese woman who was an international student in California back in 1998. We know that she has gone back to Japan, but her whereabouts in Japan are unknown. Our mission is to acquire new testimony that will support the innocence of the inmate. Specifically, the primary goal is to locate the accuser herself and obtain a statement of opposition from her.

As the inmate has no funds, lawyers specializing in criminal defense in the California Innocence Project (Innocence Project Japan) and private investigators are all engaged in this pro bono (vocational volunteer). We took on this case to determine the witness’ location and to obtain recorded testimonies from the witnesses. However, since Japan has no rules for the third-party disclosure of government records and all government records are confidential, it is extremely challenging to find someone just from their name and approximate area.

We feel a sense of crisis in the situation where the Japanese detective industry is only sticking to infidelity cases. Private investigation work involves the police in civil cases. Therefore, we must be able to cover all genres of criminal cases covered by the police, not only men and women troubles but also child custody problems, business-related trouble, inheritance trouble, insurance investigation, etc. In our opinion, criminal defense investigation is also indispensable to our society. In that sense, we would like to contribute to improving the social recognition of our private investigation by positively carrying out pro bono works on criminal defense cases.

Outline of the Accusation

In 1998, Bill (pseudonym), the inmate, was a 27-year-old system engineer and a university graduate who had a marriage history with a Japanese wife. At that time, he met Mari (pseudonym), a Japanese international student at the age of 22, and had intercourse with her in her room. For Bill, it was consensual sex, but Mari insisted that it was rape, and she reported it to the police afterward. Bill was arrested for the aggravated rape charge, but he consistently claimed his innocence, which made the imprisonment term the longest: 25 years in prison.

Bill’s assertions and some testimonies of the officials, at that time, render a cause to believe that Mari’s accusation may have been fabricated. Mari had a steady boyfriend then. Mari told her boyfriend that Bill had raped her. Mari later confessed to some of her close friends that she told her boyfriend that Bill had raped her because she did not want her boyfriend to know that she had a relationship with Bill. The boyfriend got upset and immediately reported it to the police. Mari was stunned when she heard that Bill had been put to jail. She tried to discredit the accusation, but it was already too late. The criminal investigation had advanced steadily and became irrevocable. Also, the police did not try to pick up the different testimonies of her friends.

Mari’s father was a so-called elite, who had graduated from one of the most prestigious universities in Japan and served for one of the biggest trading companies in the same country. So, Mari was perceived as a princess from a traditional family. However, she was the prodigal daughter. She was sent to the U.S. to study because her educational background was too embarrassing for her family. According to her friends, she had been an alcoholic before she came to the U.S. In California, she used to come to school with whiskey in a water bottle, and her hands were shaking when she was sober.

In Mari’s testimony, she invited Bill as a friend to her home, but he suddenly threatened her with a handgun and pressed the sexual relationship with him. Her limbs were tied up with duct tape, but she begged Bill to use a condom, and he agreed to it. After the action was over, he went back home. He was arrested while sleeping at home. There were some discrepancies between the accusation report and the evidence; for example, Bill’s fingerprints were hardly attached to the duct tape that was said to have been used for the crime. However, police did not care about it much at the time.

Bill had been imprisoned for more than 25 years because he pleaded not guilty, even though the sentence was drastically shortened if he pleaded guilty. Again, Mari confessed to some friends that it was not rape. A close friend of Mari (Japanese national) who is likely to make a contradictory statement also went back to Japan, but there is only the information of her Alphabet name without a clue on which part of Japan she is from. 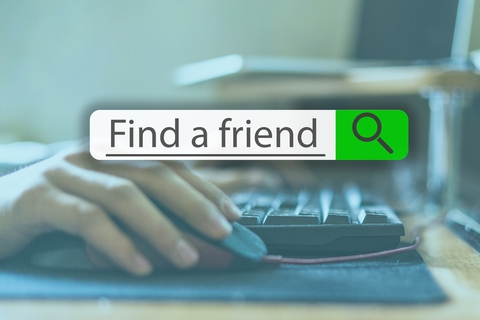